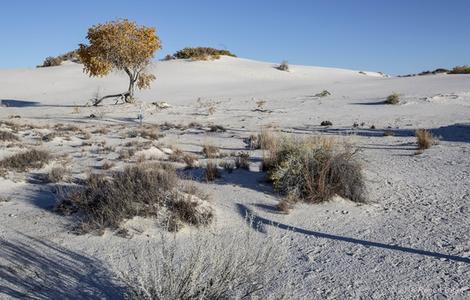 White Sands National Park has an option for arriving early or staying late.

Or, there are 10 backcountry campsites (tents only, no facilities) about a one-mile hike from the parking area. Reservations are required. Note: Navigation after dark is very difficult. GPS reception here is not reliable.

Please note that if you have not made arrangements for late departure or overnight camping, failure to leave the Park by closing time will result in a citation.

Typically, personal photography from locations where the general public is allowed does not require a permit. Things get a bit more difficult if props and/or models are used or a workshop is involved. Permits for commercial filming are required. As with all Department of Interior sites, permitting can be confusing. Check out the web page and FAQ document on Filming and Photography for specific information: https://www.nps.gov/whsa/planyourvisit/commercialfilmingandphoto.htm​ and https://www.nps.gov/whsa/planyourvisit/upload/Commercial_Film_FAQ_April-2019.pdf .

The dunes may appear to be very benign but there are a few precautions that should be taken. During the summer months it can be quite warm to hot (checkout the temperature and precipitation table below). Water is critical. The Rangers at the entrance station will provide a safety pamphlet with recommended water consumption. Heed the warnings! Taking water any time of the year is prudent. Also, if you plan to hike it is quite easy to get lost. GPS is not that reliable here so bring along a map and compass, leave marks in the sand, and be very careful. If you aren’t sure about using a compass and map, don’t venture very far off the road. Don’t tunnel into the dunes as the sand can easily collapse.

The missile range hosts a variety of military tests. Occasionally visitors to the National Monument come across pieces of test hardware. Some of these can be unexploded ordinance so caution is critical. If you find anything, notify the rangers and don’t touch!

Under exposed - per camera meter 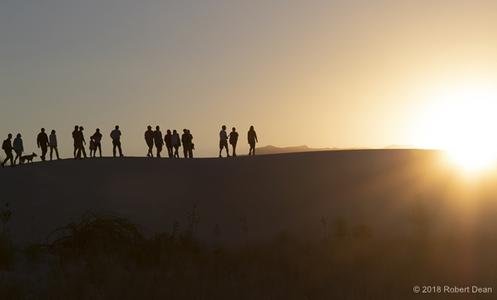 Any time of the day there are opportunities for close-up photography. 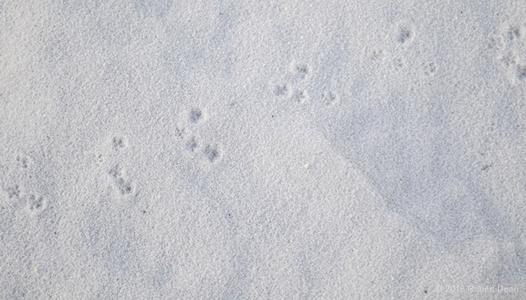 Consider the ripples caused by wind. Find these before other people have hiked across them, then experiment with composition. 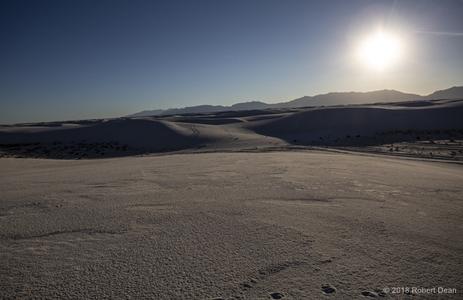 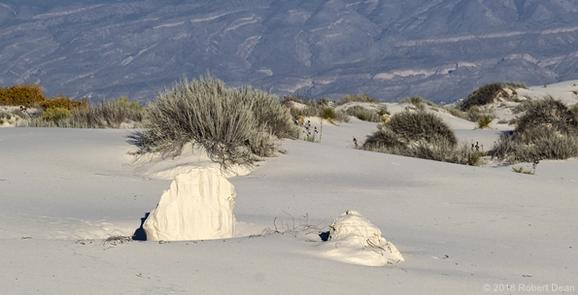 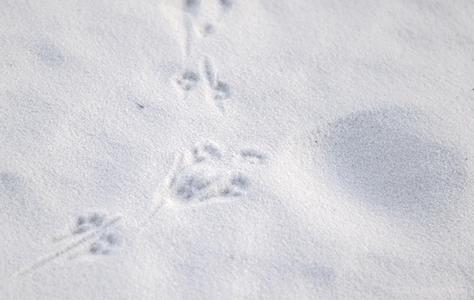 Some of the unique dune structures 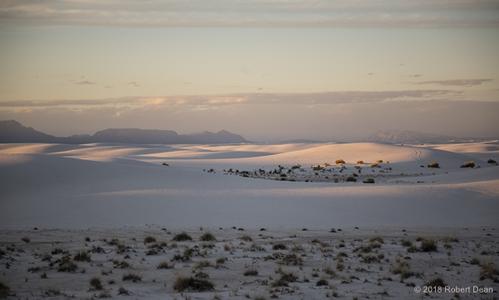 Skunkbush sumac on a "pedestal

White Sands is a great destination any time of the year, but as you can see from the table above, summer temperatures can be quite hot. Sunrise comes well after opening times May through August so that is an incentive but right after sunrise the temperatures start to rise quickly. We have found November through February to be a good compromise on timing and weather. If you want to be in the Park before sunrise during those months there is the early entry option.

Using a polarizing filter for fun! 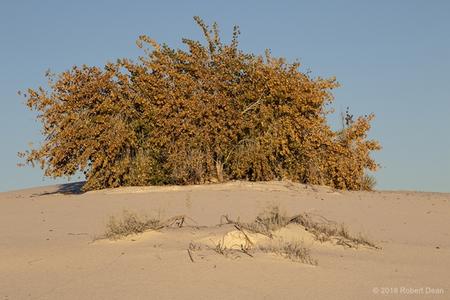 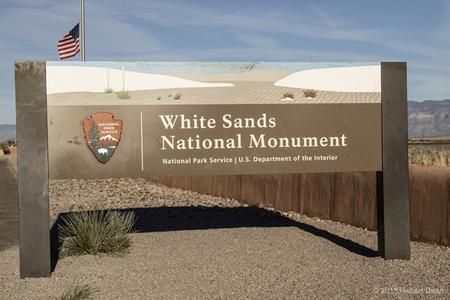 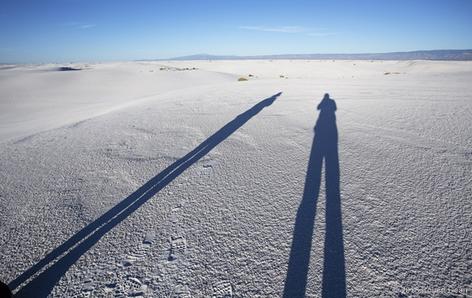 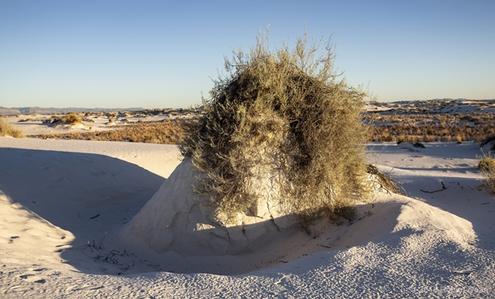 One of the picnic areas along the loop road. 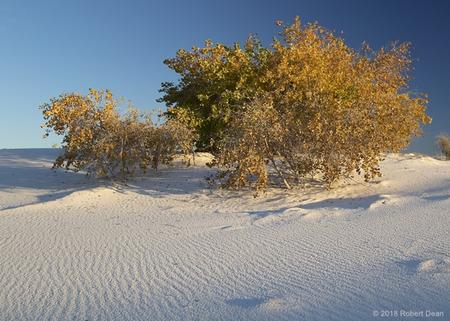 Dunes of White Sands present a variety of colors depending on the time of day. Early and late in the day gives us warmer colors while midday produces stark, high contrast white. When you plan your photo shoot, don’t neglect midday as that’s when you can document the white sands in their most brilliant color. Exposure can be tricky as the light meter in the camera will tend to underexpose the pure white, making it appear grey. Depending on the intensity of the ambient light, some amount of positive exposure compensation will be required. Our recommendation is to start at a + 2/3 and experiment around that. Check your histogram after each shot and adjust accordingly. Try to expose “to the right” to get as much information in the image as possible without blowing out any highlights. If you’re lucky enough to have clouds in the sky, break out a polarizing filter and experiment with that. Even if there aren’t clouds the polarizer can be a fun tool to try.

White Sands National Park is a few miles southwest of Alamogordo, NM and about 100 miles north of El Paso, Texas. If you choose not to drive all the way there, flying into El Paso is a good alternative. There is a direct highway from El Paso to Alamogordo. Lodging and restaurants are widely available in Alamogordo. Alamogordo is the closest town to Holloman AFB so to meet that demand, you’ll find a range of restaurants and hotels.

Since the National Park is part of the White Sands Missile Test Range, abutting Holloman Air Force Base, the National Park as well as the highway between Alamogordo and Las Cruses can be closed during tests. Notification of closures comes only a short time before the actual activity. The Park website https://www.nps.gov/whsa/index.htm and their Facebook page are the best resources for closure information.

The proximity of the Air Base means that the Monument must maintain strict opening and closing hours. White Sands is open every day except Christmas at 7:00 AM (except when closed for missile tests. 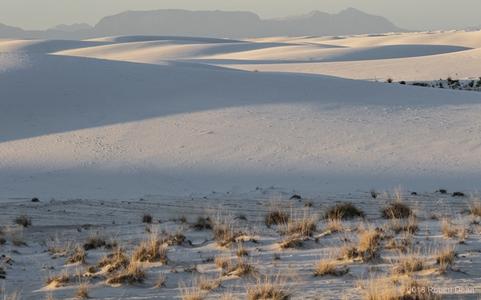 Later in the day, as the sun goes lower in the west, opportunities for shadows and incredible color present themselves. Just before sunset the colors on the dunes and the mountains to the east really warm up. Refer to the logistics section on closure times. 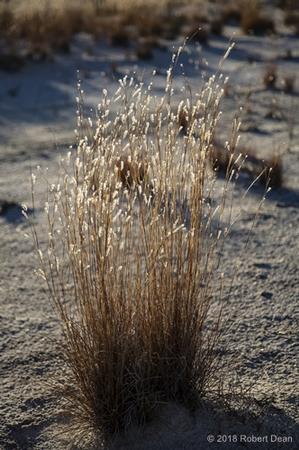 Late in the day is also a time to take advantage of the human presence to create fun images.

White Sands dune field from the lookout east of Alamogordo 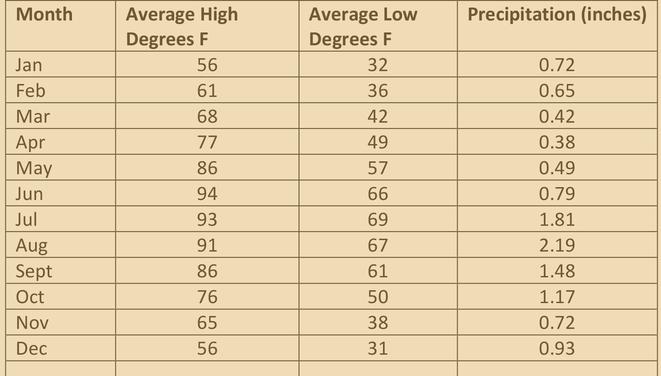 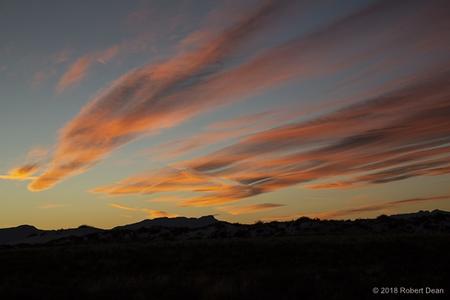 The only access into the Park is via Dune Drive. This road starts at the Park entrance and visitor center, off U.S. Highway 70. The first few miles are paved. After the Interdune Boardwalk turnout (about four miles in) the road is hardpacked gypsum sand but is suitable for passenger cars. (The gypsum packs down quite firmly as the water table is only a few inches down. This make driving on the compacted roads as well as walking on the dunes easy, not like a sand beach.) The two-way road continues for another two miles before the beginning of a loop road. Most of the pullout parking areas in the monument are along the loop road.

The vast white dunes and the wide variety of plants and animals provide an incredible variety of subjects. Those same things however, present challenges. The stark white gypsum sand can be very contrasty, especially at midday. That same sand, when wind blown can get into the smallest opening creating a dust problem. Human presence can mean footprints on otherwise pristine slopes.

​All photographs on this site are copyrighted by the photographers and carry liability if copied, downloaded, reproduced or manipulated in any way without prior consent. 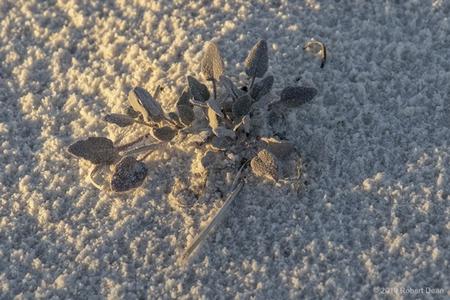 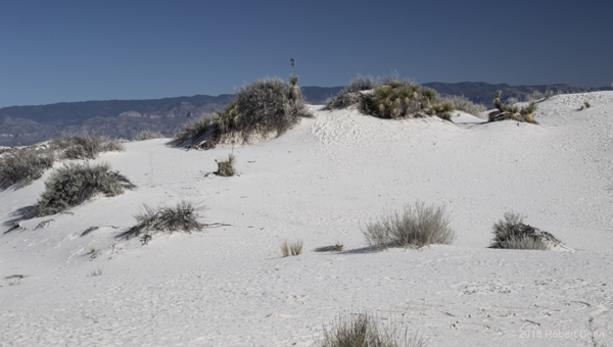 White Sands National Park is in south central New Mexico. It is part of the largest gypsum dune field in the world. It formed during the Permian Period 299 million to 251 million years ago. The dune field is about 275 square miles of which 225 make up the Park. The dunes are moving. During February to April, when winds in excess of 17 mph are common, the dunes creep southwest to northeast. They actually move around 30 feet in a year!

Human history in the Tularosa Basin, which includes White Sands, goes back to the end of the last ice age, nearly 12,000 years ago. Various hunter and hunter-gatherer peoples lived in the basin. More recently (about 400 CE) the Jornada Mogollon people farmed here. They left around 1350 CE, probably because of drought conditions. This left the basin devoid of humans after nearly 10,000 years. Between 1400 and 1600 Native American tribes (Apachean culture) became well established in the area. European people started arriving in the middle 1600’s with Spanish colonization, followed in the 1800’s by Anglos. The monument was established in 1933. The military bases and test range came into being during the later stages of WWII and continue to the present time. The dune field is part of the larger 3200 square mile White Sands Missile Range.

The dunes hold a surprising variety of life. There are around 800 species of animals ranging from the endangered pupfish (the only fish in the dunes) to coyotes, foxes, rabbits, small rodents and bobcats. There are a lot of reptiles (lizards and snakes) as well as invertebrates. Plant life includes grasses, trees, shrubs and cacti. Plants here need to be able to survive in high and low temperatures, be able to develop root systems that can find water and tolerate high salt levels. Plants colonize low areas that develop as the dunes move. These low areas collect water from the infrequent rain and allow plants to take hold.  One of the more interesting shrubs is the skunkbush sumac. This plant has a deep root system that grows down to water. As the dunes move, the level of the sand around the plant drops. The bush has a unique survival method where by it maintains itself on a pedestal.

Early light at White Sands presents opportunities that usually don’t require much exposure compensation. Unless you make arrangements to gain early access (see the later section on logistics) or visit in the summer, your light in the morning will not be the very first sunlight coming over the Sacramento Mountains to the east. To get powerful images you’ll need to get there right at opening time then shoot the plants and the dunes in early light. Our recommendation for your first time is to go right from the gate a little over two and a half miles to the Dune Life Nature Trail trailhead. A short hike up on the loop trial will put you in a place for shooting for a good hour before the light flattens out. 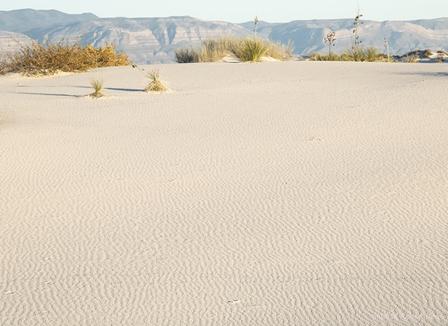 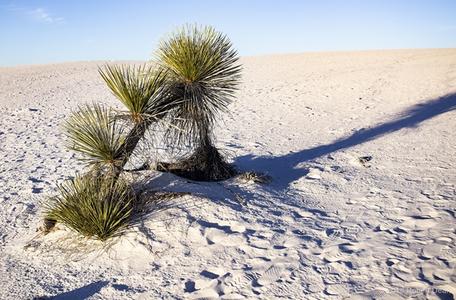 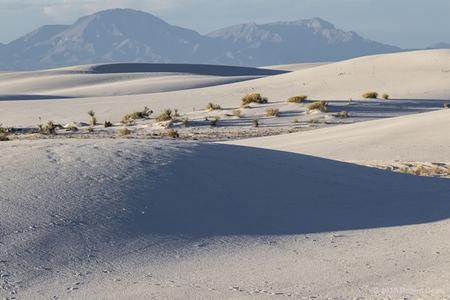 The table below shows average temperature and precipitation by month. 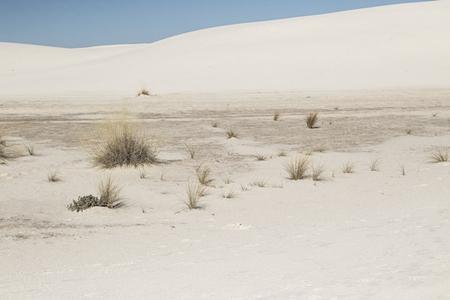 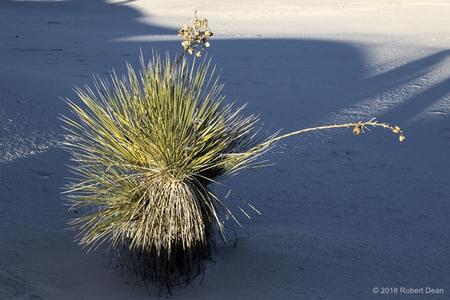 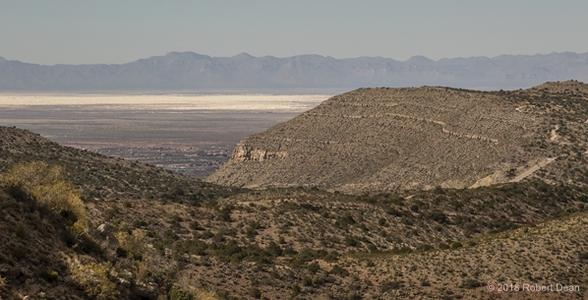