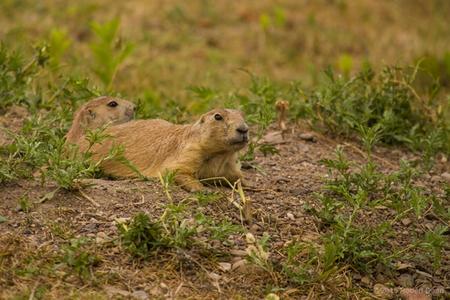 White tailed doe in early morning light.  She was in the meadow on the east side of the Tower 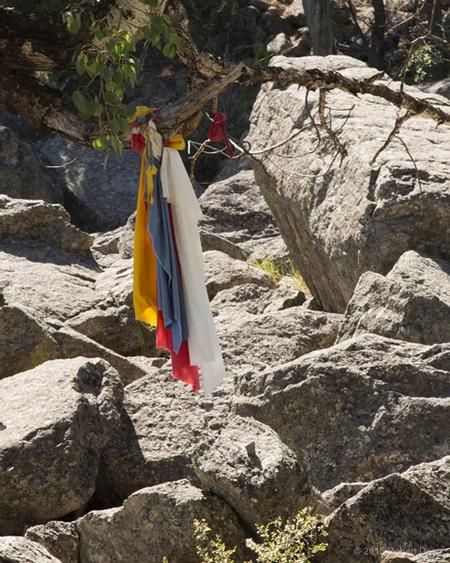 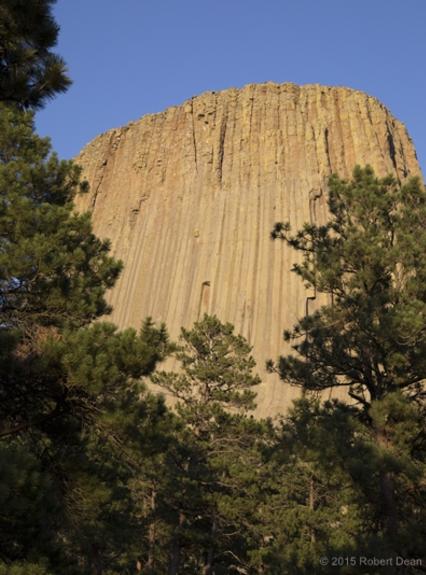 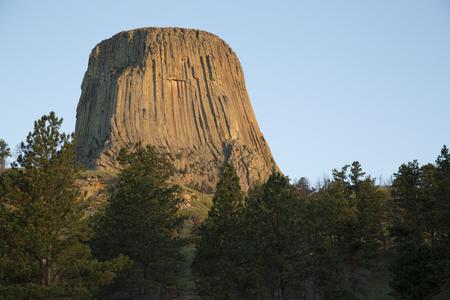 Devils Tower is a volcanic intrusion rising nearly a thousand feet about the surrounding countryside. It formed about 50 million years ago when magma was forced up and into sedimentary rocks. When the molten rock cooled and contracted, it fractured into large columns. During the next several million years the sedimentary rock eroded away leaving the much harder igneous rock monolith. Today the area around the Tower is a combination of rolling prairie and pine forest.

Indian prayer bundles are found all around the tower. These are offerings made by native people.
June of every year has a voluntary climbing closure to allow for American Indian ceremonies.

Predominant activities are climbing, hiking and photography. There are basic trails around and north of the monolith and a 1.3 mile paved trail around the base. We found hiking to be very rewarding photographically. Thousands of experienced climbers climb or attempt to climb the Tower each year. (According to the Park Service, there are over 220 established climbing routes.) Those folks can be interesting subjects easily seen from the paved trail. Wildlife photography opportunities include a large black-tailed prairie dog town with residents that are quite tolerant of photographers. They will let you know how close you can get with their actions and verbalizations. Maintain a respectful distance and you’ll be rewarded with some great shots. When you go out to get sunrise shots of the Tower, you’ll probably see many of the white-tailed deer (and perhaps some mule deer) in the meadows and pastures. Other wildlife you may encounter include rabbits, chipmunks, porcupines and a significant number of bird species (over 150), including song birds, turkeys, and raptors.

Devils Tower National Monument is located in northeastern Wyoming about 27 miles northwest of Sundance. The Monument is on the western fringe of the Black Hills. It’s about a seven-hour drive from Denver, five and one-half from Cheyenne to put it in better perspective. Devils Tower is the first of our National Monuments, created under the Antiquities Act by Theodore Roosevelt in 1906.

Lodging in the area is varied with a few B&B’s close by, a couple of motels in Hulett (just north of the National Monument) and more choices a bit further away in Sundance and Moorcroft. We stayed at a great B&B, called Sawin’ Logs, very close to Devils Tower National Monument. See our links page for more information. There are a couple of restaurants in Hulett, most notably the Ponderosa Café and Bar. It has a surprisingly large menu and we enjoyed our meals there very much. 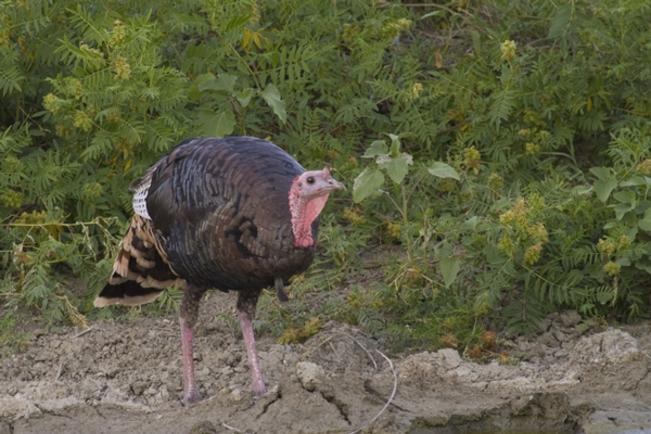 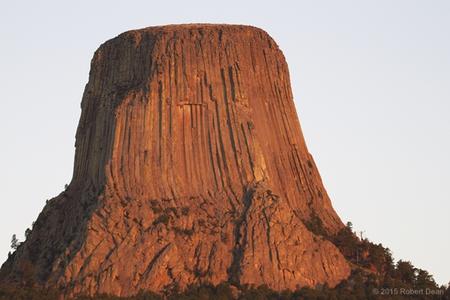 The Indian tribes in the area all have legends about how the Tower came to be. Cheyenne, Arapaho, Crow, Kiowa and Sioux all have somewhat similar stories of the Tower. Interesting to note, all the stories involve bears, yet none have a devil involved. The name Devil’s Tower came from an American Army officer, Col. Richard Dodge, who led an Army expedition in 1875 to the Black Hills to confirm reports of gold deposits. 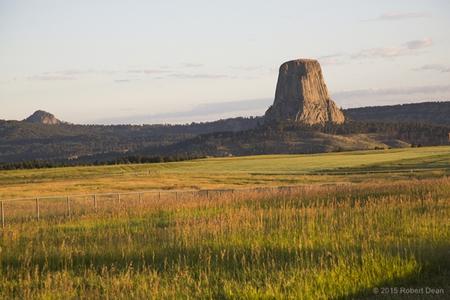 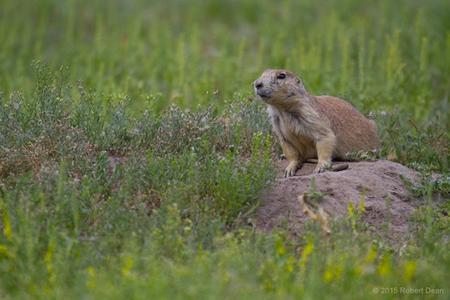 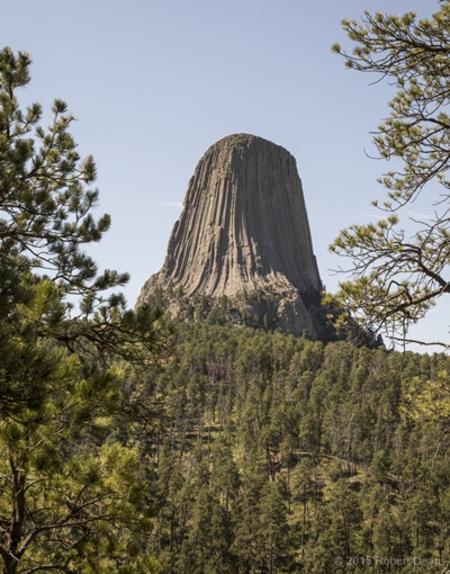 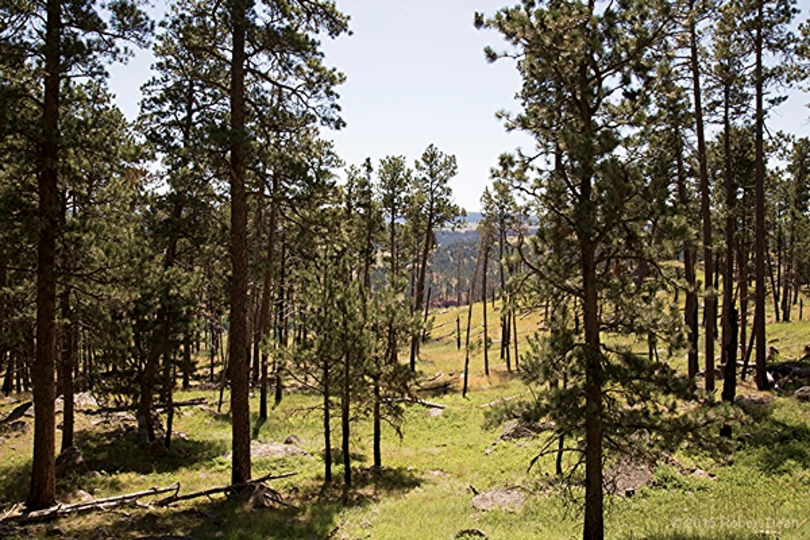 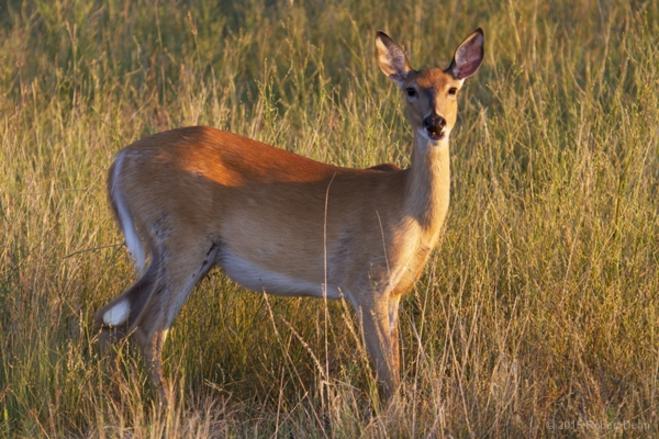 Black-tailed prairie dogs in the town along the access road