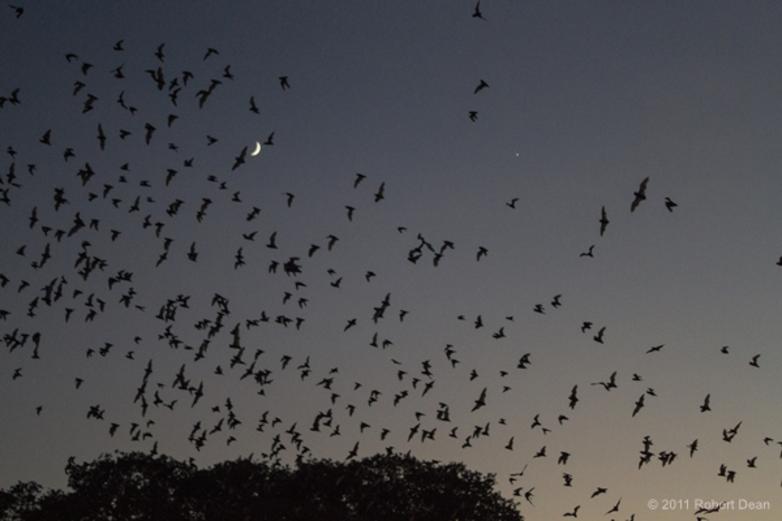 A few years back we had the opportunity to return to one of our favorite locations to witness one of nature's most interesting animal behaviors. Bracken Cave, just north of San Antonio, is owned and managed by Bat Conservation International (BCI). During the summer months BCI hosts visits to Bracken Cave for BCI members.

The draw to Bracken is the daily emergence. Each summer a large number of female Mexican free-tailed bats (Tadarida brasiliensis) return to this protected location to give birth to their pups and "hang out" for the summer.  Each evening, starting just before dusk, the females leave the cave to forage on insects. The estimated number of females at the cave each summer is around 20 million! These bats emerge in a constant stream each evening, forming a vortex within the sink hole that provides an egress point. This can last for more than 3 hours each night.

During their evening meal, these bats consume over 200 tons of insects in and around the Texas Hill Country. This natural insect control saves local farmers and ranchers large amounts of money while reducing the amount of pesticides put into the environment. This fact has led the Texas Legislature to declare the Mexican free-tailed bat as the official flying mammal of the state of Texas. 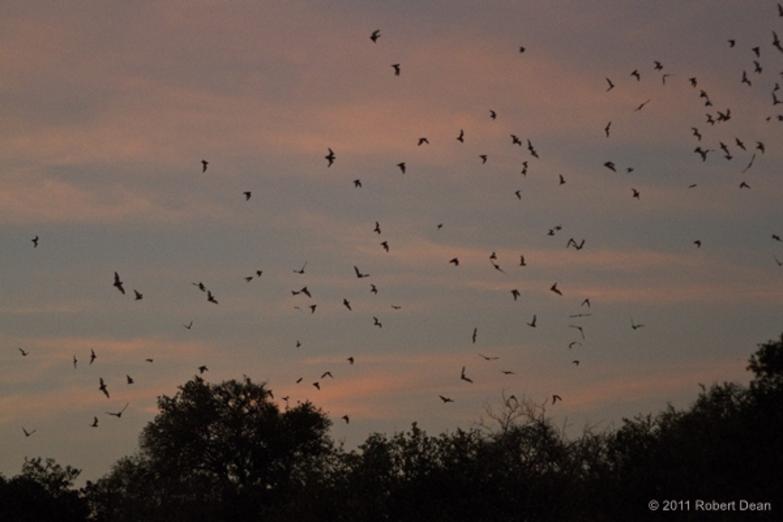 BCI is a world renown organization dedicated to conservation of bats through research and education. Their website is: http://www.batcon.org/

Information on Bracken Cave is at: http://www.batcon.org/index.php/get-involved/visit-a-bat-location/bracken-bat-cave/subcategory.html?layout=subcategory 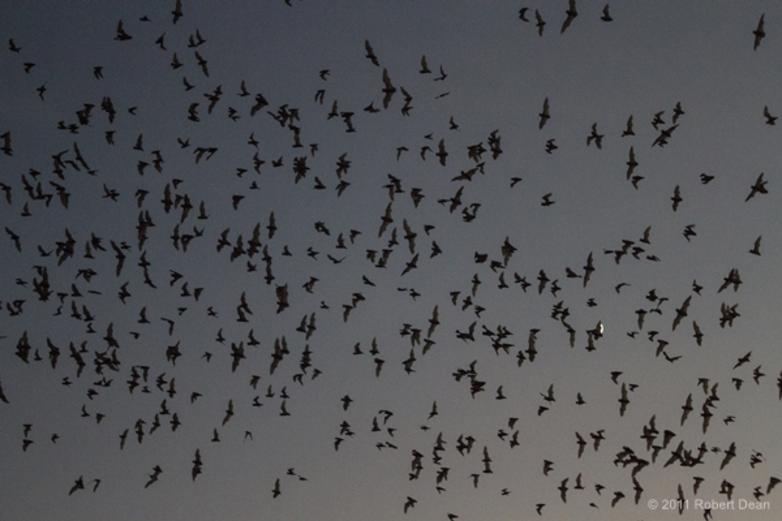